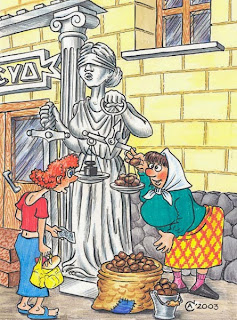 Business “feeds” the economy all year round. Therefore, it is no wonder that effectiveness of the legal means regulating the economic activity directly influences the economy’s investment environment and potential.

In accordance with the Commercial Code of Ukraine “entrepreneurship is an independent, proactive, systematic, at one’s authority economic activity, carried out by economic entities (entrepreneurs) intending to achieve economic and social benefits and profit” (Article 42).

Unfortunately, commercial activity in Ukraine contains many risks. The contemporary business challenges continue so far in corruption, bureaucracy, insufficient protection of property rights. In 2011 official Kyiv was trying to resolve these painful for every businessman issues, but often didn’t even pay attention to the entrepreneur’s opinion.

Every person, planning to launch his own business, should resolve the following issues: how clear and logic are the rules of the game within the market? How much does the business process depend on the “good will” of the official? Are the taxes reasonable? Is there political stability in the country? How quickly can the entrepreneur wind up his business?


Let’s clear up the aforesaid issues.

Business incorporation in Ukraine can take about 24 days, this term, despite the numerous amendments to Ukrainian legislation within the year 2011, has hardly changed.

A number of legislative acts were approved in spring of 2011 which were compelled to facilitate the business launching procedure.

Thus, according to the On Amendments to Some Laws of Ukraine regarding the Number of Members of Limited Liability Company Act of Ukraine of 12 May 2011, No.3326-VI the legal maximum number of shareholders in the limited liability company (hereinafter – LLC) was increased from 10 to 100 persons.

Henceforth the charter capital can be paid within the first year from the state incorporation. This right concerns the LLC, state commercial enterprises, municipal unitary enterprises and commandite companies.

Specifically before mention changes, the LLC members should pay not less 50% of their contributions before state registration, and other non-paid contributions – within the first year company activity.
The Law innovation is the possibility to exclude from membership those participants, who didn’t pay or partly their contributions within the first year of company activity. The On Amendments to Some Legislative Acts of Ukraine on Cancellation of the Certificate of the State Registration of the Entity and the Sole Proprietor Act of Ukraine of 7 April 2011, No.3205- VI canceled the legal entity and the sole entrepreneur state registration Certificate. Henceforth the evidence on economic entity registration is the extract from the Unified State Register.

Among the required legal entity attributes, in particular, is the availability of the seal. However, every enterprise had to get in the Ministry of Internal Affairs of Ukraine (hereinafter – MIA) the permit on its production for using it. So, entrepreneurs wasted their time (the authorization procedure took about 3-4 days) and money (UAH 200-300).


Thus, after MIA Order cancellation the entrepreneurs can immediately start its business upon ordering the seal


In Ukraine doing business was impossible without having respective license and permit.


Ukrainian authorities reduced the number of licenses and permits. Within one year the number of services and works subject to licensing was reduced from 2,268 to 2,046 and activities – from 78 to 23. For example, instead of 165 licensed works in medicine remained only one activity – “medical practice”, in the construction from 714 licensed types of the works remained 100.

Now the types of activities and works of no threat to state security, life and health of people and does not pollute the environment shall be made without obtaining licenses, permits, since there are national standards, building codes, technical specifications, international standards of quality and so on.

The On Amendments to Some Legislative Acts of Ukraine on Ease of Legal Entities and Business Individuals - Entrepreneurs Termination upon their own Decision Act of Ukraine of 19 May 2011, №3384 (hereinafter – the Law №3384), which targeted business closure simplification and shortening procedure in Ukraine, is effective since 18 December 2011.

Now the creditors’ claims period against the winding up companies can last from 2 to 6 months after publication of notice on the decision of legal person termination. The State Registrar shall make an entry within the Unified State Register on suspension of the legal entity or termination of entrepreneurial activities by sole entrepreneur by the principle of acquiescence. If after the expiry of the period for the creditors’ claims, the tax authorities and/or Pension Fund of Ukraine has issued no statement about absence of debts on taxes, sole insurance deduction and insurance premiums or the decision to decline their issue, the liquidation commission head or the sole entrepreneur may submit the documents for state registration of the termination to the state registrar within ten working days thereafter.

Each individual creditor’s claim, in particular, concerning tax payments, fees, the compulsory state social insurance sole deduction, insurance deductions to the Pension Fund of Ukraine, social insurance funds shall be considered, then the respective decision shall be made on the relevant creditor claim, which shall be sent to the creditor no later than thirty days after receipt by a legal entity, which stops its activity.

Getting certificates on absence tax indebtness, deductions and/or sole contribution on compulsory state social insurance, insurance premiums to appropriate funds and authorities could take a long time, so the Law №3384 has provided penalties for the guilty officials for delays in issuing certificates ranging from 200 to 250 untaxed minimum incomes.

The Law №3384 provides 30 days for consideration, deciding and sending to each creditor a notice on its claims decision, and within 30 days the creditor becoming privy or not of such disclaimer. Creditors may declare a lawsuit concerning economic entity disclaimer of their claims. Hence there is no need to confirm the liquidation balance sheet by an audit report, which costs UAH 5,000-10,000 get notarial certification of signatures on the liquidation balance sheet and on the decision of legal entity termination, will save another UAH 100-150 for each approval.

Only the time and businessmen can duly assess the commercial law innovations which were involved in 2011 year.

Timely and professional legal services are able to help businessmen minimize the negative consequences of changes in Ukrainian legislation. 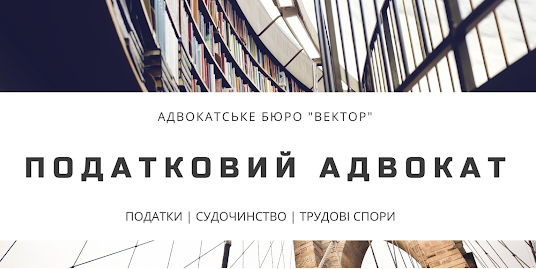